On Friday our beautiful boys turned one year old. Hard to believe they’ve gone from tiny, hairless bubs to fat, fluffy adult rats so quickly. To celebrate I decided to act like the crazy rat lady I am and throw them a little party!

Their presents were simple: an empty cardboard box and loads of paper to shred:

Of course there were also plenty of edible treats (some for the humans and some for the rats): 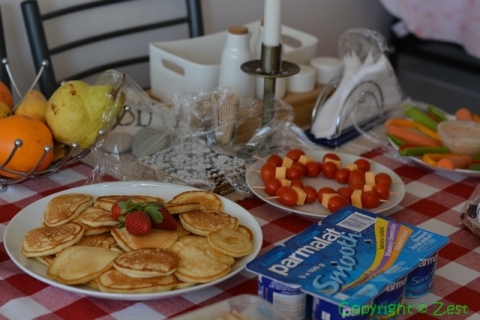 The ratties even had a special guest – a friend who would actually call herself more of a crazy cat lady, but who (a) loves all animals and (b) didn’t bring her kitties along 😉 She did bring lots of delicious treats for the boys though: yoghurt, seed mix, giant raisins and banana chips. Fine dining for days to come!

We set up all sorts of hidey-holes and items of interest on the floor and let the boys loose to explore. The party was off to a slow start for my munchkin Mishka, who hid in this basket to nibble on a crumpet…

… while others were, um, noticeably less well-mannered!

After lots of happy waddling around the floor, Teddy Bear decided to watch the proceedings from another safe spot:

And our Moony Moonbeam busied himself with dragging away several biscuits, stashing crumpets out of human reach and chowing down on all the sunflower seeds.

Rather sweetly, our tame wild mouse (no, that’s not a contradiction) also wanted his share of the party food. Here he is snacking happily on a crumpet (he wasn’t too keen on the banana chippie):

I really love all my beautiful furbabies 🙂

Knowing that pet rats live such short lives, I think it’s worth making a fuss for their birthdays. So far we’ve only ever had one rat make it to 2 years old, but here’s hoping these boys will all stay healthy and live to celebrate another birthday next year… 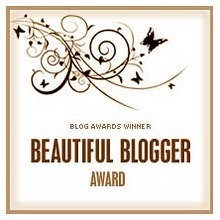 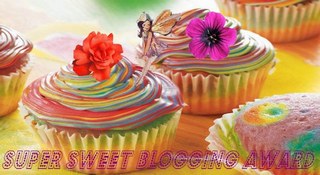 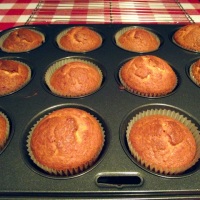 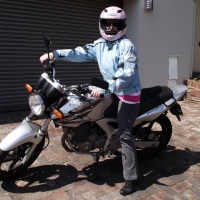